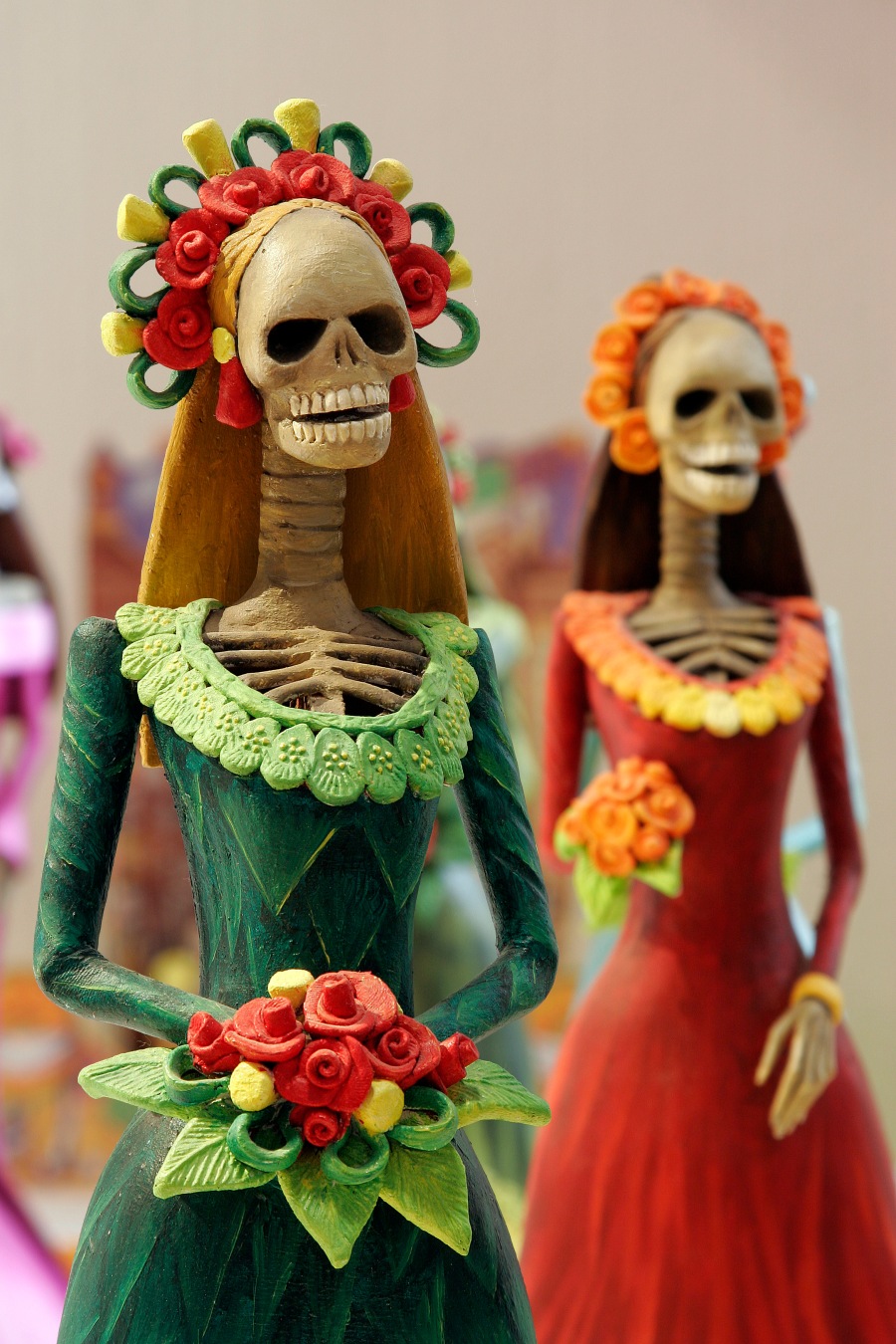 It was inevitable that the melting pot that is American culture would eventually embrace the customs and trappings of the Mexican Dia De Los Muertos, or Day of the Dead, which takes place from Sunday, November 1, to Monday, November 2. Images of sugar skulls, ornately dressed ladies made into skeletons, the gothic flair of the holiday itself, and our slight obsession with the supernatural, melds together as Dia De Los Muertos slowly creeps into our cultural consciousness more and more over the years. We get it — there’s a lot of skulls — but what are we missing from the picture?

We got you — here’s 5 things you should know about the Day of the Dead, in no particular order:

2. Sugar Skulls
Part of the tradition includes sugar skulls, which can be bought or created. The holiday occurs over several days, and the sizes of the skulls also reflect what they represent: the first day will be for the small skulls, dedicated to children who have died, and the next day for the larger skulls, for the adults. While the skulls themselves aren’t made for taste or culinary reasons, all it takes to create your own is a skull mold, sugar, water, meringue powder, and gel icing in a variety of colors for decoration.

3. The Altar or “Ofrenda”
With roots reflecting the Aztec culture, and its ultimate merge with Spanish invaders and their Catholic faith, the altar commemorates the memory of the dead. Ofrenda means “offerings”, and may be as complex as having 3 tiers decorated with various elements, meant to comfort and please the deceased. Such items may include a picture or likeness of the dead, food items, alcohol, and candles and incense, marigolds, as well as the sugar skulls.

4. Marigolds
Called the cempasúchil, the marigold has a unique scent when the stems or petals are crushed and it is thought to attract the spirits. They may be gathered into garlands or left at cemeteries, which some people visit to clean and maintain for their loved ones.

5. Don’t Forget To Celebrate
It’s important to remember that Dia De Los Muertos is not Halloween, despite the proximity of holidays — and unlike funerals where the dead are greeted with sorrow in North America, Dia De Los Muertos is not intended to be a mournful event. Instead, it is a time to celebrate, and to remember the people who have passed on and the good things they left behind. Central to this idea is the cultural heritage unique to Mexico, springing from Mexico’s indigenous traditions, that held death to be another phase in a longer span once we have left our bodies.