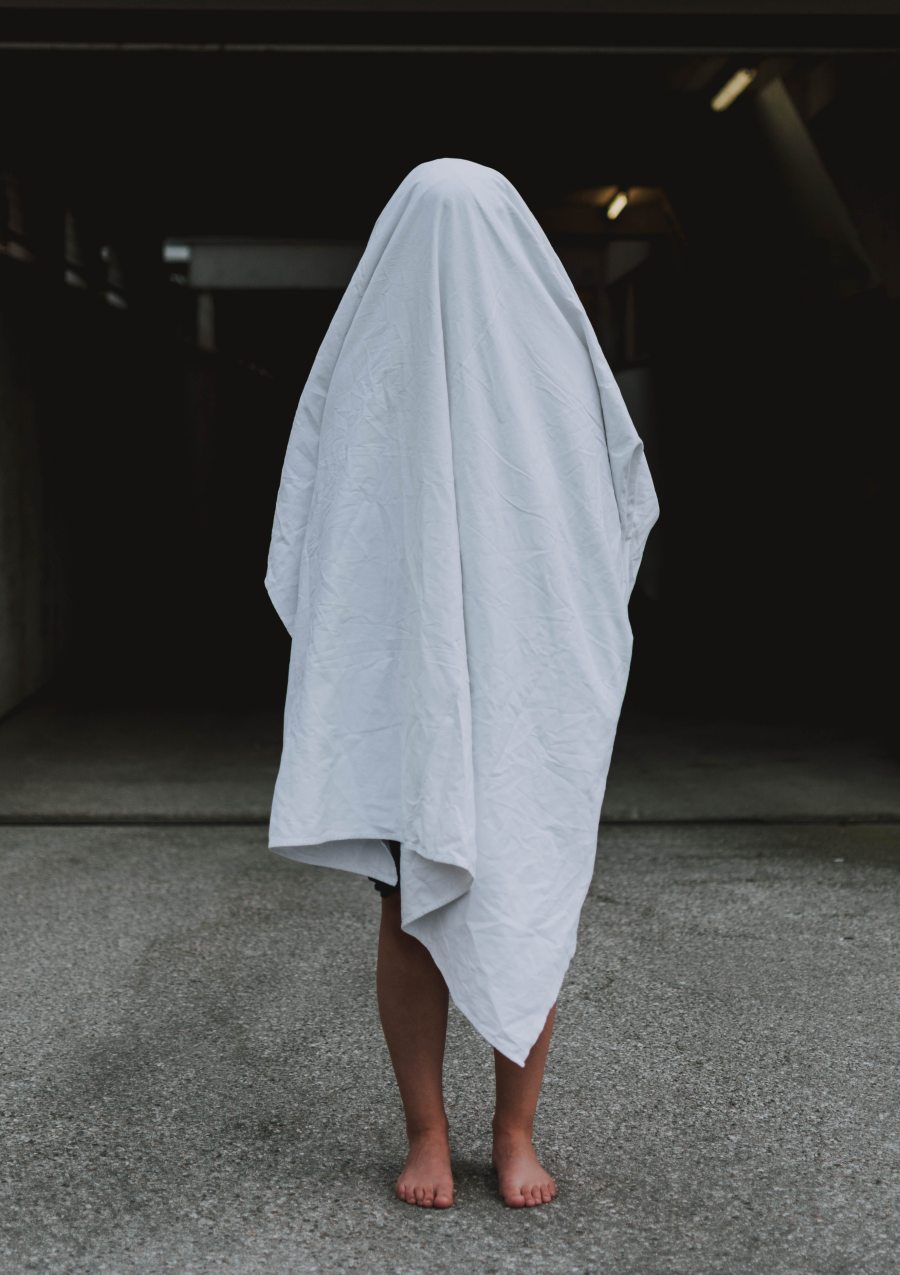 How I embraced the despicable silence I once hated …

I used to decry ghosting. I used to lead the internet shame brigade in asking “just who are these uncivilized monsters who can’t just disappear with an announcement of why first?”

Others felt the same about the phenomenon of ghosting. We were employment candidates that never heard back from human resources, leaving us to wonder if we had merely imagined those three interviews. We were jilted lovers, some who had been on one date believing there would be a second, or had messaged heartfelt confessions, only to be unmatched or blocked the next morning. We gathered in the dark corners of the internet forums like disaffected drunks in a dive bar, nursing our drinks and licking our wounds, and seeking the elusive closure that in a final act of irony, appeared to ghost even ourselves.

Until I became the ghoster.

It was easy for me to complain about ghosting. I’d sent a 1,000 interviews over a year period and had been ghosted after numerous interviews and vague messages of “We’ll let you know how things turn out.” And while my employment status just wasn’t stellar enough to make me a earn the attention of any recruiter until much later in my career, as it turned out, my love life is a completely different story.

After a long term relationship, I found myself single again in the age of swiping apps. And this is where my ghosting muscles were soon flexed.

We hate ghosting, but as it turns out, it’s useful. In a lot of cases, it’s necessary. I hadn’t been able to understand the utility until I was the one doing it, and in my expert opinion, ghosting happens for many reasons, but rest assured, it’s not really your fault. (Well, most of the time, it’s not your fault. But sometimes it is.)

I found myself ghosting people because they demanded too much from me. No, I can’t text you during my job hours because I have a career and I actually have to focus on it.

I ghosted people because our communication styles didn’t match. They were too needy, I was too detached.

I ghosted people because they said things that were inappropriate or disrespectful. Sorry, you get no response because you don’t deserve one. (And most of the time, they know why they were ghosted.)

I ghosted numerous first dates. I had dates with people that I never contacted later even though I nodded my head and said, “Sure, I’ll be in touch!”

I ghosted people because they put no effort or energy into their messages. Why lift a finger to complete a greeting when I’m dead inside and it’s so much easier to ignore you?

I even, in a surprising twist, started ghosting job interviews when I discovered their terrible 1 star Glass Door reviews. One buzzed my phone after no less than 3 reschedules and I just didn’t have the energy to answer fifty questions with what amounted to a chance to work in a white collar sweat shop.

Most of the time, I felt guilty every time I did it. I felt terrible. I beat myself up.

But this became harder to do when I really weighed what I had done versus what was being done to me. And overall, it was improving my quality of life. I found that ghosting had greatness within it.

At work, rather than rushing to put fires out and answer every email and text, I found more problems sorted themselves out if I ignored them. Technically, I wasn’t going to ghost forever — but I wasn’t rushing to pick up the phone. And the world didn’t end. No one demanded answers. And everything turned out fine.

In fact, when I tried to give reasons as to why things weren’t working out through my messages or on those many failed dates, the blowback was amazing. People argued with me. I said “Look, I don’t think we’re compatible” and was barraged with a series of messages that were shocking in their abusive and manipulative nature, demanding that I explain and justify myself. With absolute joy and smirking satisfaction, I made use of the block and report button with gusto.

In matters of love, it’s likely most ghosting is motivated by this factor alone: People argue with rejection.

It’s supposed to be easy — you kindly decline someone and this should solve the entire problem of uncertainty and mystery that ghosting creates.

Except, it doesn’t — it creates more drama and more anger.
But you can’t argue with a ghost.

A single ghosting saves time in the form of hours of frustration, holding someone’s hand, explaining why this isn’t working out, and taking on a relationship job you basically never signed up for. It’s not that ghosting robbed you of closure. It’s that you don’t want to accept the closure you’re being offered.

In one instance, I received a rejection from a guy I’d sent a previous message to. Mind you, this was just a message to signal interest. It’s barely a blip on my romantic screen with the hundreds of men I have to sort through on each app, just like a huge number of us women deal with.

He felt it was his responsibility to inform me that he couldn’t reciprocate that interest because I’d indicated on my profile that I drink wine moderately often and he’d had bad experiences with women who drank wine in the past.

I was genuinely mystified — did he think I was going to explain myself? Try to appeal to him? Beg him to change his mind? I reached into my purse of fucks, but alas, I had nothing else within. “Good luck!” I told him, but I still think about that message to this day, for no other reason than I was floored by the audacity of what was essentially a passing stranger who thought I really needed to know that he held me accountable for the drinking of girlfriends past.

I would have rather been ghosted.

At that singular moment, the epiphany happened. Ghosting was good, maybe even great, and I needed to do more of it.

Now, I ghost often and when I feel it’s warranted. I delete, unfriend, and block like a goddess in my own little universe. Literally, nothing bad happened. Life keeps getting better. Ghosting reminds me of what is a greater priority in my life. So much so, that I know the moment I can’t bring myself to ghost someone, it means this is someone I truly care about. Someone so compelling, I must do the opposite of ghosting — I must be possessed with an energy of desire, of interest, of curiosity that galvanizes me to communicate.

Ghosting requires little effort. For something to incite the opposite, I must know what truly matters. And as each missed appointment, sullen friend, missed quasi-opportunity, or dating site match falls away, life winnows down to its essence, to only the essentials. What’s left behind is pure — your wonderful and carefree life.

My favorite in-real-life version of ghosting is sometimes termed “the Irish goodbye,” where you simply leave a gathering without giving a farewell. I gleefully skip out into the night from a bar with friends after some moderate wine drinking so I can annoy the righteous tunaheads of the world with my utter disintegration of good manners and further the downfall of Western civilization.

I did this during a seminar for “Women in Business” where I withstood a half-hour of grifters spouting get-rich-quick-schemes and suddenly stood up as though I’d been hit by a bolt of lightning. “Aren’t you staying for the canapes and the meet and greet?” Like that charming American psychopath Patrick Bateman, I explain I have to return some videotapes and quietly exit stage left.

Ghosting has never been so great.

This essay first appeared on Medium. Photo credit: Photo by fotografierende from Pexels.

Graceful visitors
The cloudy mood by the #apconventionhall searching for ghosts ....
Festive outside the #ironwhale
Daniel Leyes jams with a bluesy beat #porchfest
Pamela Flores at the corner of 5th and Langford is lost in the crowd, but her voice is easily found #porchfest
Rick Barth cracks jokes about ambient motorcycle noise from nearby Memorial Dr between lyrics and muses over the passing NJ Transit train, and makes it sound great the whole time
%d bloggers like this: